Memorial Services for Victims of Violence

The selection of photos below are from the December 6, 2019 Memorial Service for Victims of Violence Against Women held at the Confederation Centre of the Arts (venue sponsor). Thanks to everyone who attended the service and participated in the 2019 Purple Ribbon Campaign.

We remember 1989
30 Years Since the Montreal Massacre 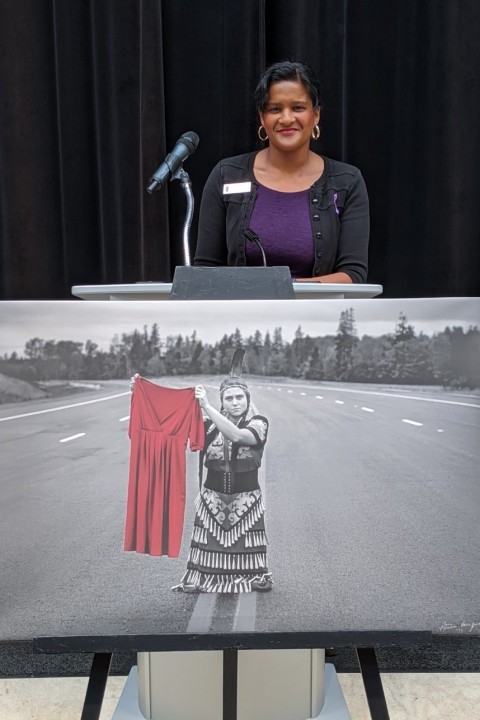 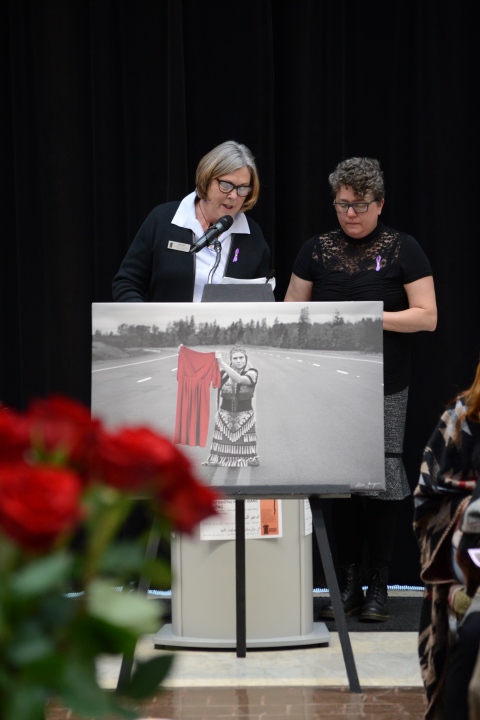 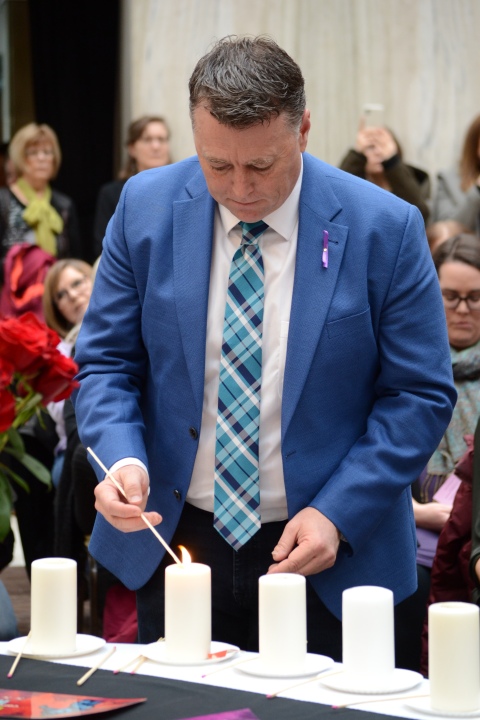 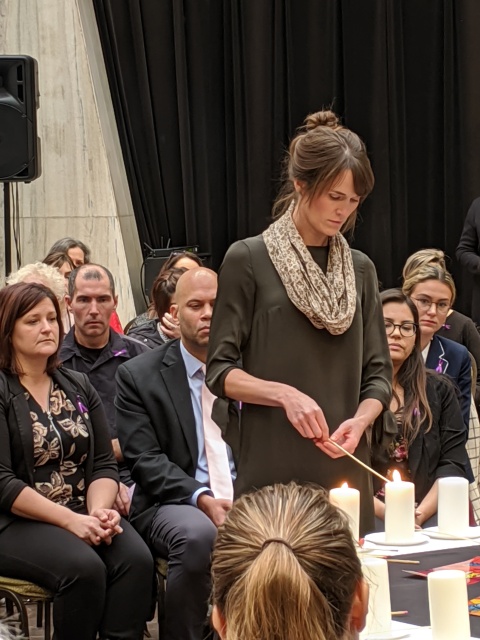 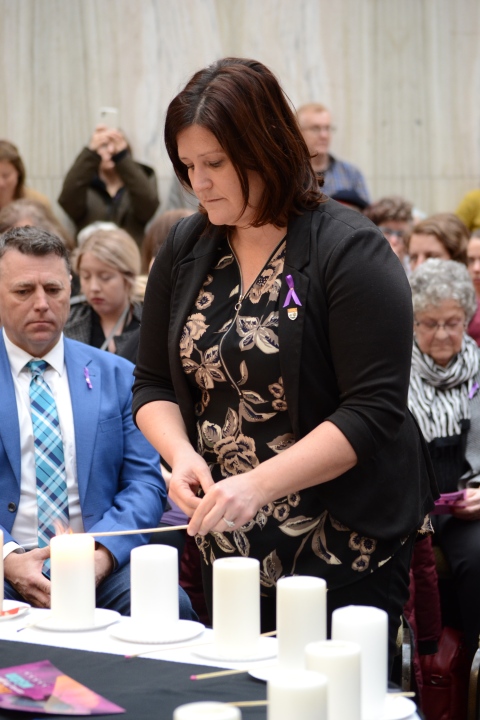 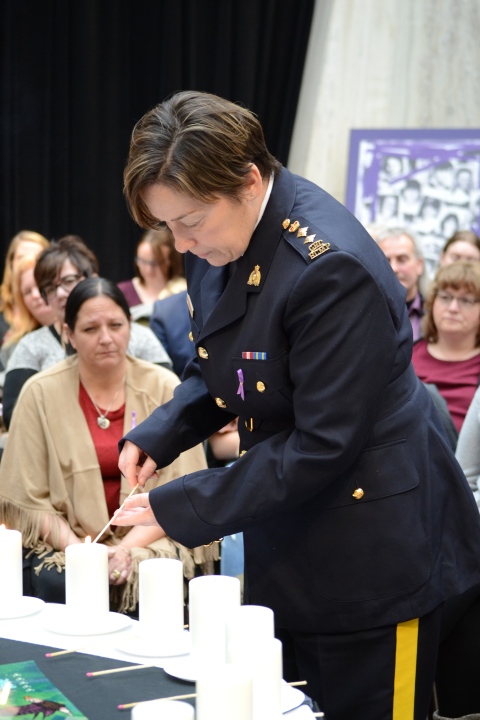 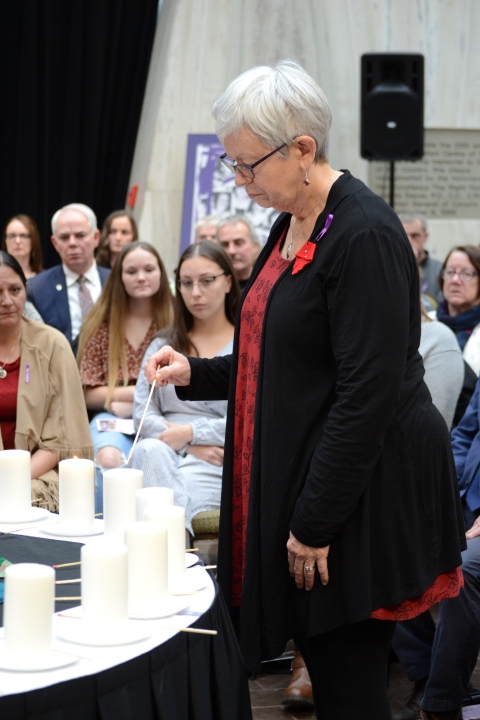 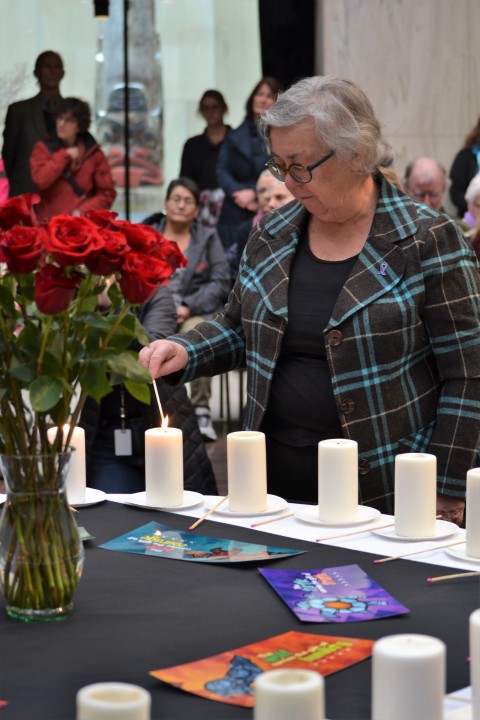 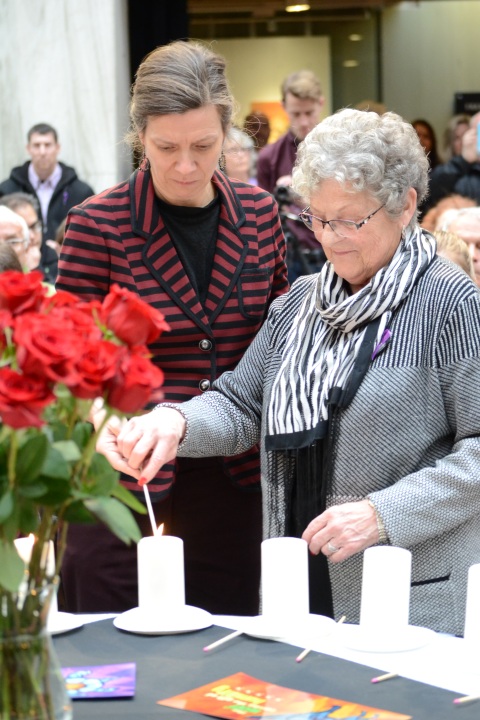 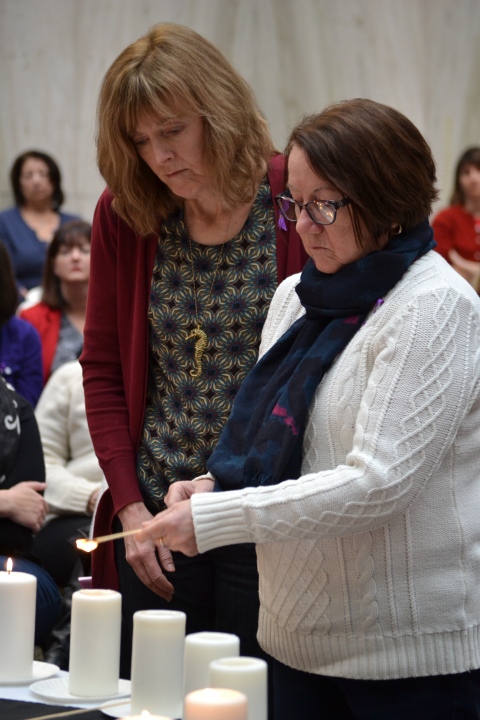 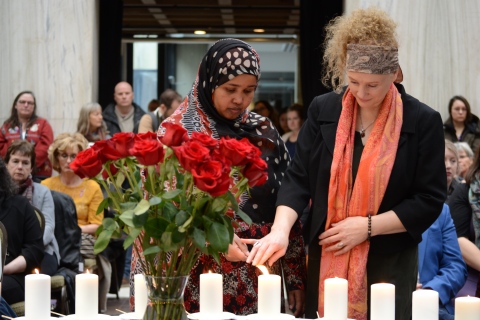 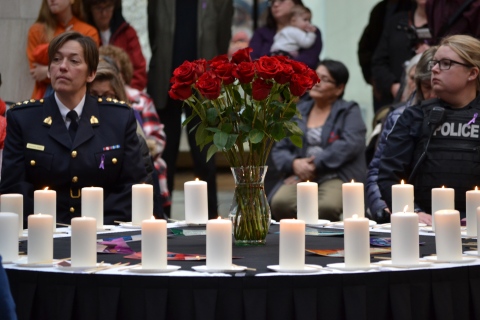 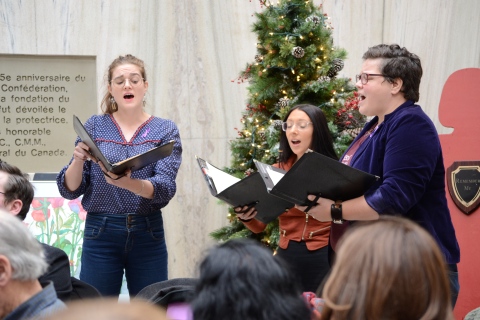 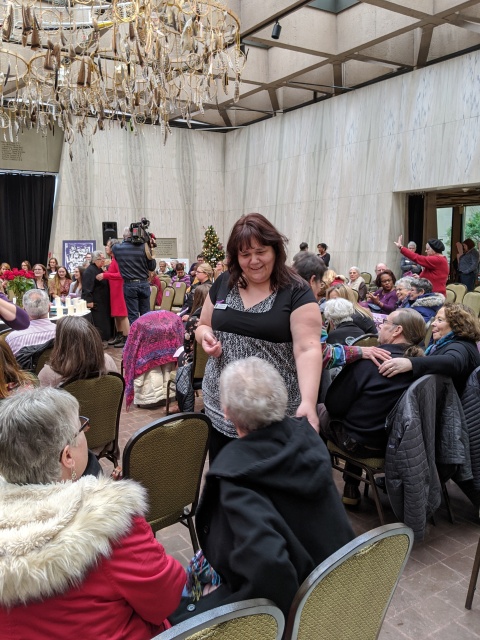 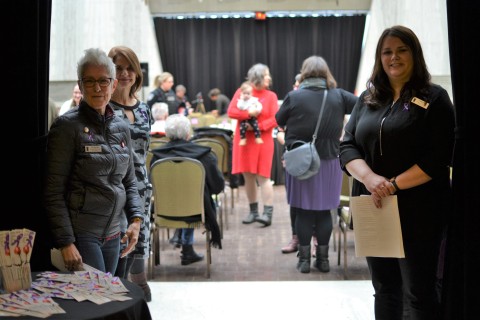 If you would prefer to view photos as a slideshow, view them at this link:

On Friday, December 6, 2019, a Montreal Massacre Memorial Service will take place at 12 noon at Memorial Hall, Confederation Centre of the Arts, Charlottetown. On the 30th anniversary of the horrific murder of 14 women at Ecole Polytechnique in Montreal, we gather to remember, to mourn, and to work for change. The service will also commemorate the ten Island women who have been killed since 1989 by men who knew them, and we will recommit to ending violence against women everywhere.

To mark the 30 years since the Montreal Massacre, the service will focus on intergenerational effects of violence and will include a Mi’kmaw welcome and prayer, an address by PEI feminist Dawn Wilson, moving musical performance, and the unveiling of a commemorative art commission created by Patricia Bourque. Family members, dignitaries, and community activists will light candles in remembrance of those whose lives were cut short because they were women. Everyone is welcome. Info: Michelle, 902-368-4510, [email protected]

First mourn, then work for change
We remember 1989
30 Years Since the Montreal Massacre